Gnostic Pneumatherapy® psycho-spiritual counseling provides a new model of psychotherapy and analysis with a unique approach. It consists of combining the healing wisdom tradition of ancient Gnosticism with the modern approach of Dr. Carl Jung’s depth psychology (i.e. Gnostic-Jungian approach) to treat the unhealthy psycho-spiritual condition of people.

Why is there an unhealthy psycho-spiritual condition? Most people unconsciously suffer from a mundane condition of consciousness. This difficulty prevents them from having a higher spiritual connection that can strongly influence their way of living psychologically, emotionally, and through their behavior.

Gnostic Pneumatherapy® psycho-spiritual therapy and analysis provides a new therapeutic approach that uses a Gnostic-Jungian method of research, understanding and practices, to treat the human condition. Its modern theory and practices have a strong link back to the forgotten and creative plethora of ancient wisdom, especially from Western sources. These resources allow Gnostic Pneumatherapy® to incorporate the ancient symbolic practices of allegory, ritual, mythology, wisdom teachings, active imagination, and more into therapy/analytic services. Practices like these help the “willing and ready” type of person to super-consciously expand their mundane consciousness above and beyond the consequences of  "ignorant” conditions, like: anger, greed, excessiveness, impulsiveness, dishonesty, passivity, and pride.

By super-consciousness coming forth, a world of psycho-spiritual possibilities and potentialities will come to a person’s awareness. This incredible experience will initiate a person into a soul's journey where the spiritual realms of integrity and higher being will bring forth psycho-spiritual qualities of health, like: awareness, truth, freedom, balance, peace, compassion, and wisdom. These healing qualities are associated with the ultimate life goal of being a whole person. Due to this attainment, personality is no longer fragmented with its many negative consequences.

Like ancient practices, this new Gnostic-Jungian approach also provides a framework of guidance and support for the powerful and mysterious development towards ultimate wholeness. This experience is intimately associated with a step by step process, and furthermore, it's a symbolic text and meditative process of Gnostic Pneumatherapy's® initiatory analysis.

In this therapeutic approach it is obvious that the person who's “willing and ready” desires more than just a common “talking” therapy. They want to pursue deeper toward different possibilities and potentialities within. They have a sincere and diligent goal to increase their consciousness as they go through the initiation process (i.e. “Gnostic mysteries” like the psycho-spiritual mysteries of Greece, Egypt, Rome). And, it all happens while laying down on the couch or seated in the psychotherapist’s office.

Is this approach and setting convenient for your psycho-spiritual purposes? Do you seriously ask life questions, such as: "Where is God in my life?; Why am I emotionally suffering?; How can I psychologically understand and improve myself through the spirit?; How do I experience my higher consciousness toward wisdom?; Truly, who am I?" If so, the Gnostic Pneumatherapy® psycho-spiritual approach can greatly help to stimulate and support an expansion of consciousness, which answers these examinations for you! 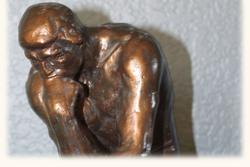 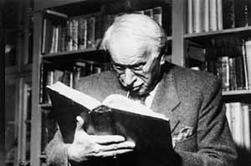 In the Spring of 2007, I completed the "revised version" of my Gnostic-Jungian book, called The Christian Attitude: Holy or Unholy? (The original publication completed was in 2006.) After this, I engaged myself to write many different books—all at once! In a colloquial manner, some would say: “The bug bit me.” Of course, this process was difficult, purposeless; so to speak, never ending. I had many different talks about this pointless writing process with Gnostic Bishop and author, Dr. Stephan A. Hoeller. As my long time mentor and spiritual grandfather, he guided me to realize that I needed to focus my Gnostic-Jungian writing efforts to be purposeful, meaningful, and unique with ambition.

All of a sudden, something meaningful happened! There was a spontaneous birth within me to write only one book called Gnostic Therapy, which would become my brand for this new type of psycho-spiritual counseling. Any other manuscript I was working on either became dissolved or pushed to the side. By this lightening bolt experience, I felt so relieved, calm, and focused to receive more insights toward writing this book from the divine spark within.

In the Winter of 2007, I attended the Tenth International Congress on Ericksonian Approaches to Hypnosis and Psychotherapy. During this learning experience, I attended one seminar focused on Buddhist wisdom and another on Native American wisdom that can be used by psychotherapists to work with their patients using meditation. I pondered on how psychotherapists related with the mainstream Christian view. I hardly found a match.

All of a sudden, again, it came to me. I realized the field of psychology had a desperate need for a forgotten wisdom tradition, called Gnostic Christianity! Like other healing traditions, Gnosticism is relative by its use of meditation. I also realized it needed to arrive as an ancient and modern approach psychotherapists can use with appropriate clientele. However, Dr. Hoeller informed me that writing a book on my new idea, Gnostic-Jungian (psycho-spiritual) therapy, was going to be very difficult. Despite this fact, Dr. Hoeller never wavered in guiding or supporting me, and he always reminded me, "Carl Jung considered the Gnostics to be the best psychologists in the West!"

With this inspiration, six months later, approximately, in the summer of 2008, I finally found the opportunity to start my writing on the Gnostic Therapy manuscript—with diligence. (In 2007, I just had a scrapbook of notes and ideas about this therapy approach.). I truly desired to have this approach be my next book for publication. After working on the manuscript for some time, I felt the need to do more research on Gnosticism with a Jungian therapeutic context. However, I had already read and had access to many other great works that were unread. I was tired. No longer did I truly desire to do any more research or buy any more books. There were even thoughts about finding a co-author to assist me. In January of 2009, I decide to go out on an internet venture, a search.

To my surprise, I came across a therapist, Dr. Robert Lloyd, who had a similar Gnostic-Jungian orientation as me and felt the possibility of Dr. Lloyd becoming my co-author. I contacted him over the internet by message and phone number. During our first phone conversation, we delightfully made a strong personal, spiritual, and professional connection regarding Gnosticism, Jung, therapy, and writing ideas. We agreed for the need to mutually continue on with the manuscript writing of Gnostic Therapy. We passionately set our goal to turn it into a published book as co-authors. We felt that it could be helpful in guiding mental health professionals to have a “Gnostic-Jungian” context while facilitating therapy with appropriate patients—the willing and ready.

With total contentment, I could not resist, and immediately, I invited Dr. Lloyd to work with me as a co-author.  With pleasure, he accepted my offer, and we instantaneously became writing partners for the new approach to therapy and analysis.

Soon after this new partnership, in 2009, a change in branding involved adding the Greek term “pneuma”, meaning spirit, to the Gnostic Therapy trademark. This created the birth of a psycho-spiritual therapy and analysis which resides under the registered trademark name of Gnostic Pneumatherapy!®

(Note: Dr. Lloyd's involvement with the writing ended, June of 2016, and therefore, he's no longer a part of Gnostic Pneumatherapy® and analysis.)